How to Overcome “Ring Pass Not” with EFT Tapping 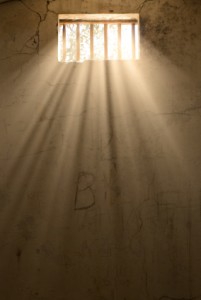 What the heck is “ring pass not” anyway? … sounds like some kind of fantasy thriller concept like from Lord of the Rings …. and in a way it is …

When I was speaking at the PUA World Summit in Hollywood in September, I had just been going through a few weeks where it felt like I was banging my head on a wall in a couple of areas of my life.

This has happened many times along my path, so I knew it would pass, but I am always looking for new tools to add to the repertoire.

My friend and fellow coach Elizabeth Egan Everett from Esoteric Attraction said that she felt guided to tell me that this was a “Ring Pass Not.” Something I needed to “get” before I could progress to the next level.

When I got home from the Summit, I did some research on “ring pass not” and found this explanation, among others, on the internet:

A profoundly mystical and suggestive term signifying the circle or bounds or frontiers within which is contained the consciousness of those who are still under the sway of the delusion of separateness — and this applies whether the ring be large or small. It does not signify any one especial occasion or condition, but is a general term applicable to any state in which an entity, having reached a certain stage of evolutionary growth of the unfolding of consciousness, finds itself unable to pass into a still higher state because of some delusion under which the consciousness is laboring, be that delusion mental or spiritual. There is consciously a ring-pass-not for every globe of the planetary chain, a ring-pass-not for the planetary chain itself, a ring-pass-not for the solar system, and so forth. It is the entities who labor under the delusion who therefore actually create their own rings-pass-not, for these are not actual entitative material frontiers, but boundaries of consciousness.

A ring-pass-not furthermore may perhaps be said with great truth to be somewhat of the nature of a spiritual laya-center or point of transmission between plane and plane of consciousness.

And also this one:

The limit in spiritual, intellectual, or psychological power or consciousness, beyond which an individual is unable to pass until he evokes from within the strength and the vision to carry him forwards and over the circumscribing limits set by that individual’s own karma.

This concept reminded me of several passages from A Course in Miracles, including:

Trials are but lessons that you failed to learn presented once again, so where you made a faulty choice before you now can make a better one, and thus escape all pain that what you chose before has brought to you. In every difficulty, all distress, and each perplexity Christ calls to you and gently says, “My brother, choose again.”

I also recognized that this block was showing up in the third chakra, governing personal power … 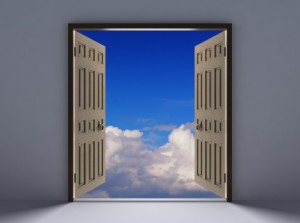 So I combined all of this together, added a lot of other techniques from my Holistic Belief Reprogramming system, and created this video …

Let me know how it goes for you …
Love,