Corruption, Injustice, and Insanity: How Do We Get Justice From A Kangaroo Court 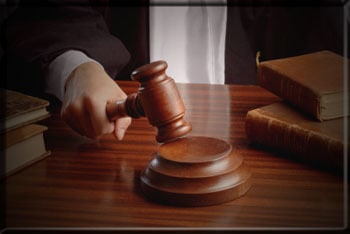 Getting justice from a kangaroo court

Many of you have requested EFT tapping videos to address corruption, injustice, and the unfairness of “this world.” Have you heard of the term “kangaroo court”?

According to Wikipedia, a kangaroo court is:

a judicial tribunal or assembly that blatantly disregards recognized standards of law or justice, and often carries little or no official standing in the territory within which it resides. The term may also apply to a court held by a legitimate judicial authority who intentionally disregards the court’s legal or ethical obligations.

A kangaroo court is often held to give the appearance of a fair and just trial, even though the verdict has in reality already been decided before the trial has begun. This could be because of the biases of the decision-maker, or because the structure and operation of the forum result in an inferior brand of adjudication. A common example of this is when institutional disputants (“repeat players”) have excessive and unfair structural advantages over individual disputants (“one-shot players”).

If you watched the election cycle with despair, you are not alone. Many people are horrified to see just how corrupt our system really is. How elections were stolen, how politicians are bought and sold, how wealth continues to become more and more unequal …

Many of us see “kangaroo courts” everywhere. Real fairness and justice have become a sad joke.

The question remains … How do we get our power back in the face of widespread kangaroo courts?

Today’s videos – like many of our recent Gold membership videos – are very real and raw. If you observe carefully, you will actually see my face change as the videos go along and we release anger, fear, disappointment, and grief. From my perspective, my face goes from very haggard and exhausted to more full of life and softer.

You will hear how the “outcome” changed right before my eyes, as a result of the tapping that I did. There is much more tapping left to do. All I did so far is what I did with Fritz the Cat and Harvey the Cat at our darkest moments … I bought us more time with tapping, so we could do more tapping and get the miracle.

The topics for our July, August, and September Gold Membership videos are all related, directly or indirectly, to getting justice from a kangaroo court:

1. Introduction to Changing Outcomes When You Are Facing A “Kangaroo Court”

In this video, we share some of the back story. You can tap through the video – and this is recommended! – we are waiting for formal tapping to video #2.

3. Releasing Anger About the Kangaroo Court

4. Releasing Disappointment and More Anger About the Kangaroo Court

8. Releasing Grief and Fear About the Kangaroo Court

10. When the Whole System Is “Against Us”

11. Addressing Corruption In Many Forms

12. Linking It All Back to Physical Healing (Harvey the Cat)

Let me know what you think about the kangaroo courts in YOUR life.