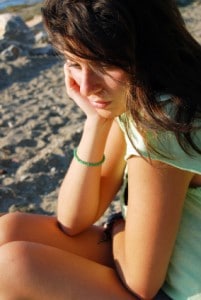 How can we explore and heal the shadow self with EFT tapping?

Do you know what the shadow self is?   I find it fascinating that the term shadow self only gets about 330 monthly searches around the globe, according to at least one major keyword research tool.  Billions of human beings on the planet, and almost nobody is researching the concept of the shadow self.  No wonder we have problems on this planet.

As those of you who have been following me for a long time know, I do a lot of work with the shadow self in our advanced EFT tapping videos.

Some might even think that my work is “too dark.”

When I am in the midst of a particularly intense clearing, the world can indeed feel very dark. And I receive my share of criticism from people … exploring my darkness seems to make them VERY uncomfortable.

So why do I keep going with this EFT tapping, no matter how dark it seems to get?

Mainly because I have seen the miraculous results of Shadow Self tapping over and over again. Yes, it can sometimes seem for months – or even years – that we are not making any progress. It can feel very tempting to give up and throw in the towel.

And yet, where else is there to go? Yes, we can avoid the shadow self for a little while longer … in which case we will see it projected all around us. We can have pretend, fake relationships with people where everyone is “nice” … and meanwhile we will be trudging along the road to certain death because we never faced the shadow self.

So I simply made a decision long ago that I would face my darkness. And when I’ve tried to turn away from that task, the Universe gives me signs that I have to keep going.

This year has in some ways felt especially dark. And yet …

– I quit my job three and a half years ago and somehow in spite of a variety of setbacks, I’m still provided for …

And how about you – have you been tempted to shy away from the really dark stuff in your EFT tapping?

Today I picked out five of the darker EFT tapping videos I could find from our collection. The topics we will be covering are:

1. Tapping Is Not Working (the Ego Insists)

These five awesome EFT tapping videos are for our Gold members here at TAPsmarter.com. For a very limited time, you can get instant access to nearly 200 advanced EFT tapping Emotional Freedom Technique videos by joining our Gold membership at the “old” rates. All rates are going up soon. Those who join now will be grandfathered in at these low rates.