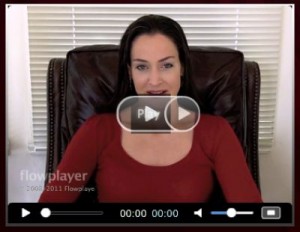 In my years of coaching private clients (read more about private coaching here), there are some requests that I get over and over again from many different people … this is one of them:

“Please help me get rid of my SEXUAL GUILT.”

And you’d be surprised … I hear this one from men and from women, from socially isolated people and from super-social people who appear to the outside world to “have it all,” from single people and those in very long-term relationships, from people who are not having sex and from people who are having LOTS of sex. This issue seems to be nearly universal, and even those who think at first that they don’t have any sexual guilt usually at some point get deeper into the subconscious mind and realize that actually THEY DO HAVE SEXUAL GUILT, and it was operating outside of their conscious awareness.

So I was not surprised when one of our Gold members requested that I create an EFT tapping video for releasing sexual guilt.

And here’s the BEAUTIFUL thing about releasing sexual guilt.

Not only does the person who releases it feel such a great sense of RELIEF, but also something MAGICAL usually happens: without even trying, the person becomes MORE MAGNETIC.

Their relationships are easier, and they often find themselves suddenly receiving a lot of loving attention from other people.

(And, btw, because all of my powerful EFT tapping videos are metaphorical, you can apply this video to ANY form of guilt, whether it’s around food or money or social success — guilt operates the same way in all areas of life, and it is released the same way.)